WordPress was first introduced to the internet in 2003. It grew from the b2 / cafelog designed by Michel Valdrighi in 2001. It was conceived in order to improve the layout and readability of content produced frequently and often. It started with less than 10 users but since then it has grown to be the largest self-hosted blogging platform in the world. So why is it also being used as a CMS running literally millions of full blown websites offering far more than just blogging?

As a blogging tool WordPress is / was imperious and still is. However as a website management tool it excels at many of the more mundane requirements for a website in the early '10s of the 21st Century.

Take for example the templating or theming of a WordPress website. The tool has become so popular that there are literally thousands of free themes available for a web designer to use or alter to create a unique theme suitable for a client. But that, you may say, is available to many CMS's such as Joomla. It is, but the theming of a WordPress site is so much more logical than many other CMS's offer.

So what, any web designer worth their pay should be able to design a theme for many of the more popular open source CMS platforms. That is true, but it is the combination of this simple process and many other attributes of WordPress that build together a compelling reason for using it as a website CMS.

The fact that the hosting requirements are so simple to satisfy, the administration area are so intuitive, the sites run quickly and that there is a vast following of keen and skilled community members who often provide answers to sticky questions almost instantaneously cuts out so much design and development time that costs can be pared to a minimum.

Websites that are built on the WordPress open source platform are extremely easy to build into stunningly complex website management tools. Take for example ecommerce; there are a multitude of ecommerce plugins for the WordPress platform. Each of these plugins has its benefits and its limitations but it lowers the entry skill level for a web sited designer / builder to such a level that almost no coding skills are required at all.

Of course reducing the level of coding required for a web designer is good in one way, but it also provides problems in the future. Where will the future coders come from? Do we need to be concerned about the lack of coding skills? Maybe but yet again this reduction in work benefits both the client and the designer in that time is money and a reduction in time inevitably reduces the cost for the website as well.

Even complex ecommerce and CRM sites can be built using WordPress, but here the level of bespoke integration does begin to build. Many websites require secure transactions, multiple customer emails, inventory or file management systems and so on and so on. WordPress and its plugin structure work very well in this environment but like all large sites built on modular frameworks it is important not to overload the server with unnecessary workload. It is now that the web site designer, his coders and his site architects come to the fore front of the design and implementation process.

WordPress can become slower than it should be if the website is over burdened with multiple plugins, or even worse plugins that clash or even stop working in certain circumstances. A classic problem often experienced even by the better web site design team is the conflict between multiple code scripts being included on the website as a consequence of lazy plugin writing. Loading multiple versions of the jquery library, for example, is one sure way to break a page or its functionality.

Given that WordPress offers a powerful and resourceful environment within which to build sites it is currently the pick of the crop when it comes to which CMS to use. As a tool to build website on it has natural qualities that allow fast and cheap website construction, but should the client know what you are doing?

Selling a client an all singing all dancing website and claiming it is all built by you is fine but it is not entirely truthful. Some designers even go so far as to remove any reference to WordPress or the theme designer (if used) and produce a white label CMS which they then re-label as there own. Again this is not strictly ethical but as long as the designers maintain it properly it is not a problem.

The problem of maintenance, either for the white label designer, or for the less skilled web site builder is that of security, maintenance and updates. WordPress is frequently updated both for security reasons and to include the latest and greatest new gizmos. White label products and to some other other designers tend to build and forget their sites and their clients. Many clients will not pay for continued maintenance on their site as they do not perceive the need for it. Is there a solution to this? Well yes of course. Forcing the client to partake in a maintenance contract should solve that problem, but if a designer wants the contract it may be the first option declined by the customer.

The solution is proper training. This is where WordPress is almost at its best. It has the most intuitive and simple administration area of ​​all current crop of CMS / blogging platforms. Teaching a new client how to look after and add and edit their own content is ridiculously simple. there are a huge number of resources in video and on sites explaining all the simple and slightly more complex procedures. As long as a web designer encourages and makes simple the learning process there is no reason why a new web site owner can not maintain their new WordPress site for a long way into the future.

WordPress comes out on top for so many reasons when deciding, as a designer, what platform to build a new website in. But if there is one thing that bought to be remembered is that the website belongs to the client. It is their site and as such they should have the easiest and simplest CMS to use. WordPress was designed from the ground up to be simple CMS and so it is a perfect platform for new websites to consider as the CMS of the early 21st Century. 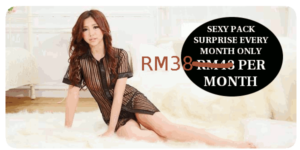 We are in this business more than 15 years, but now started to create a new line services by providing wordpress maintenance services in malaysia